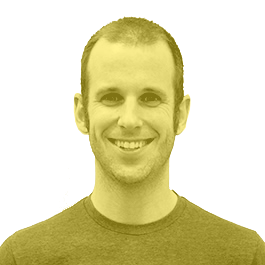 Andrew has completed his Master’s Degree in Mechanical Engineering from the University of Waterloo, and is currently a candidate for a PhD. Andrew’s expertise is mainly in the area of heat transfer and aerodynamics, and has authored many patents in this area. His previous entrepreneurial experience in developing STAC into a globally recognized brand will provide a significant advantage during the initial growth of EI.

Michael holds a bachelor degree in Mechanical Engineering from the University of Toronto, specializing in plant design and heat transfer. He worked in engineering project management for 8 years before turning his passion for endurance sports into a successful coaching business. Together with Andrew, Michael has been hosting and producing the Endurance Innovation Podcast, which was the impetus for the startup of EI as a top-tier race clothing manufacturer.

Sean grew up in San Diego, California, enjoying surfing, mountain biking, and other things that he thinks makes him sound cool. Since 2009 he has been a woefully underdressed faculty member in the Department of Mechanical and Mechatronics Engineering at the University of Waterloo, specializing in fluid mechanics and aerodynamics. He has dabbled in a wide range of topics, including the aerodynamics of cycling, exercise recovery technologies, and mechanics of talking. With the lack of oceans and mountains in Ontario, Sean has occupied his spare time other pursuits (where he remains woefully underdressed); he is a (very) amateur triathlete, (very) amateur handyman, (very) amateur guitarist and drummer, and (very very) amateur (immature, his wife would say) father.

Success. We will keep you in the loop.